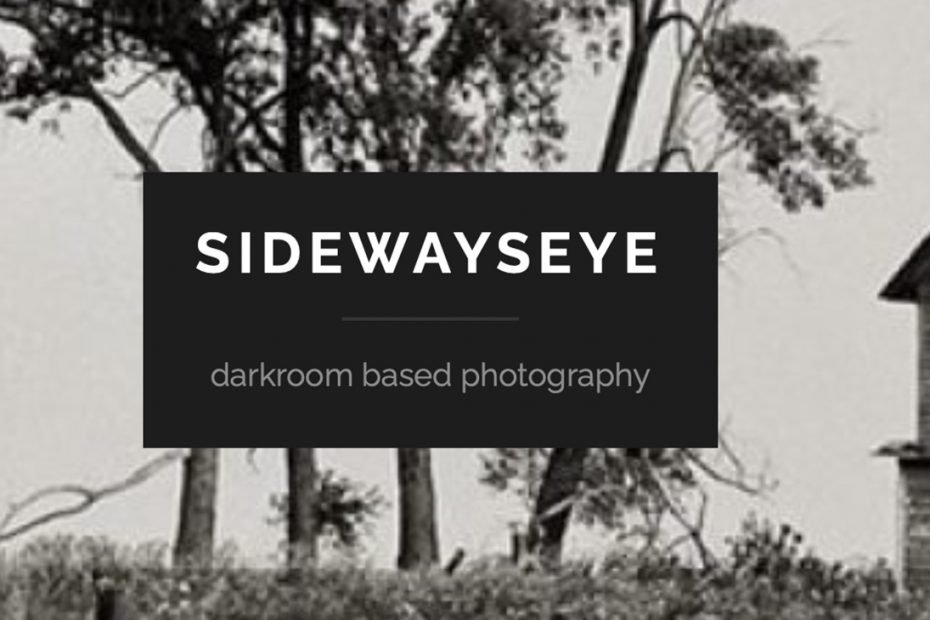 This is a re-post with permission from Tony Cearn’s excellent blog, Sideways Eye.

In an era of self-referentiality a ‘quiet photograph’ can have much to commend it. There is a  simple and rare pleasure in looking at photographs whose subjects are allowed to present themselves as they are, unposed.

The part of the subject offers no acting, no hamming, no forcing of things beyond itself. The part of the photographer offers a pursuit of craft as art 1 2.

I am referring to James Ravilious (‘JR’), for whom the craft of photography bacame his life. For him, no photographic embellishment underpinned by a dodgy artist’s statement; no forcing of an issue; no shouty pretensions. JR made photographs in an un-sensational way allowing the viewer to be drawn in. But, and here is the point, what Ravilious gives us is social documentary with an extra dimension. Where visual anthropology need only snap the world in the way of straight photographs, Ravilious gave us photographs that work at a psychological level. To be sure his photographs document the disappearing world of 1970s and 1980s north Devon, providing a rich visual ethnographic record and all that good stuff. However, they also make us want to ‘belong‘ to some place.

We see in JR’s work a celebration of (a yearning for?) community and meaningful relationships, perhaps as a result of their absence in his early boarding school life 3. We enter his photographs perhaps with a felt but unthought sense of dislocation, for 40 years on a special sense of belonging to a place seems hard won.

First and foremost, JR’s photography expresses ‘mood’ and it is this that makes his pictures compelling. When we look at his work, it’s as if we experience it with a ‘pre-cognitive feeling’ rather than through thought. I don’t subscribe to this line of thought exemplified by Merleau-Ponty and his mentor, Heidegger, but I can see how they might arrive at this view 4. What we think about the world is already a result of us being tuned into what matters. What matters is governed by mood. Mood determines in some way the content of our experience. JR’s photographic techniques pre-dispose us to see his photographs in a certain way before we even start to think about them. The fact that his photographs use film in a certain ‘Ravilious way’ adds to this.

Few photographers pull this off so consistently. JR understood, perhaps instinctively, those visual features that give rise to the invocation of moods 5, as certainly did his early mentor, Cartier-Bresson.

One cannot look at JR’s photographs without noticing his impeccable sense of timing:

Cartier-Bresson made much of ‘the decisive moment’ 6, and Lartigue, ‘the caught moment’. But there is more to timing than time! There is also structure. As Cartier-Bresson said,

“In a photograph, composition is the result of a simultaneous coalition, the organic coordination of elements seen by the eye. One does not add composition as though it were an afterthought superimposed on the basic subject material, since it is impossible to separate content from form. Composition must have its own inevitability about it” (my emphasis).

The ‘decisive moment’ is a taking in of the totality of situation within a structure. We are used to conceiving it as the apex of an action, as in Cartier-Bresson’s ‘puddle’ photograph, but quiet photographs can also display such characteristics. For example, in this photograph:

We see sheep at close quarters all looking away from the camera. No great drama here but exquisite timing requiring patience and vision.

In ‘George Ayre with hay for sheep’  we see the gestalt principles of the ‘good curve’ and ‘closure’ working together to provide the characteristics  of a decisive moment.

And in ‘Lower Gunstone’  we can imagine JR waiting ‘like an angler’ for the right elements to coalesce into the right structure:

Much has been made of JR’s camera technique: his use of uncoated Leitz lenses, the creative inclusion of lens flare, the taming of deep contrast with compensatory developers all add to a signature look:

As beautiful as this signature look is 7, JR’s success is really grounded in the relationships that he built.

For sure his camera technique contributed to his Millet-like images, but the real work that James Ravilious put in was the countless hours he spent over many years in becoming accepted and therefore invisible. His mentor, Cartier-Bresson achieved this through stealth and looking inconspicuous. But Cartier-Bresson moved through a scene never to be visited again. Ravilious visited his locations many times and, in so doing, became part of the community he photographed. Sometimes the best place to hide is to be in full view, to be part of the natural order and therefore in tune with the surrounding flow.

One of my favourite photographers, Gordon Parks, once exhorted ‘Make pictures that matter!’ JR achieved this. Someone in 100 years time will look at his photographs and, like me, be deeply moved.

I would like to thank the trustees of Beaford Arts for the free use of JR’s photographs from the Beaford Archive and in particular Olivia Riley at the Beaford Archive who was extremely helpful. The Beaford Archive holds digital scans of the 1,700 negatives which James Ravilious regarded as his finest work. It is slowly uploading 10,000 unseen (until now!) photographs by Ravilious and Deakins and are about half way through a 3 year digitisation project to make the archive more accessible.

I would like to thank Robin Ravilious for the generous support she gave me in this short article.

Robin has written a magnificent book portraying both James’s life before she met him and their life together afterwards: ‘James Ravilious, A Life‘, by Robin Ravilious, published Wilmington Press, an imprint of Bitter Lemon Press, 2017. It is an honest account of their lives, both ups and downs, which I enjoyed reading immensely.

As a photographer myself, I have been inspired by JR’s photographs. In this regard I have studied the photographs selected by John Hatt in the book ‘The Recent Past, James Ravilious‘, with an introduction by Robin Ravilious (published 02/11/17, Wilmington Press, an imprint of Bitter Lemon Press). This is a very thoughtful collection, beautifully reproduced.