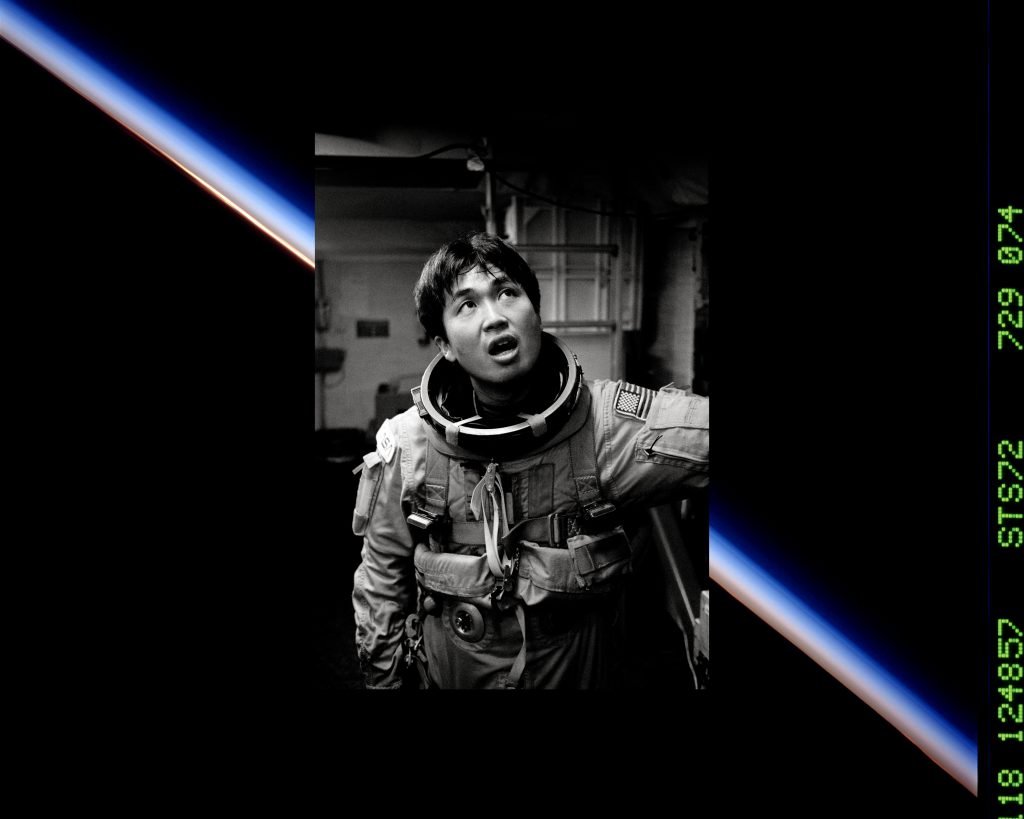 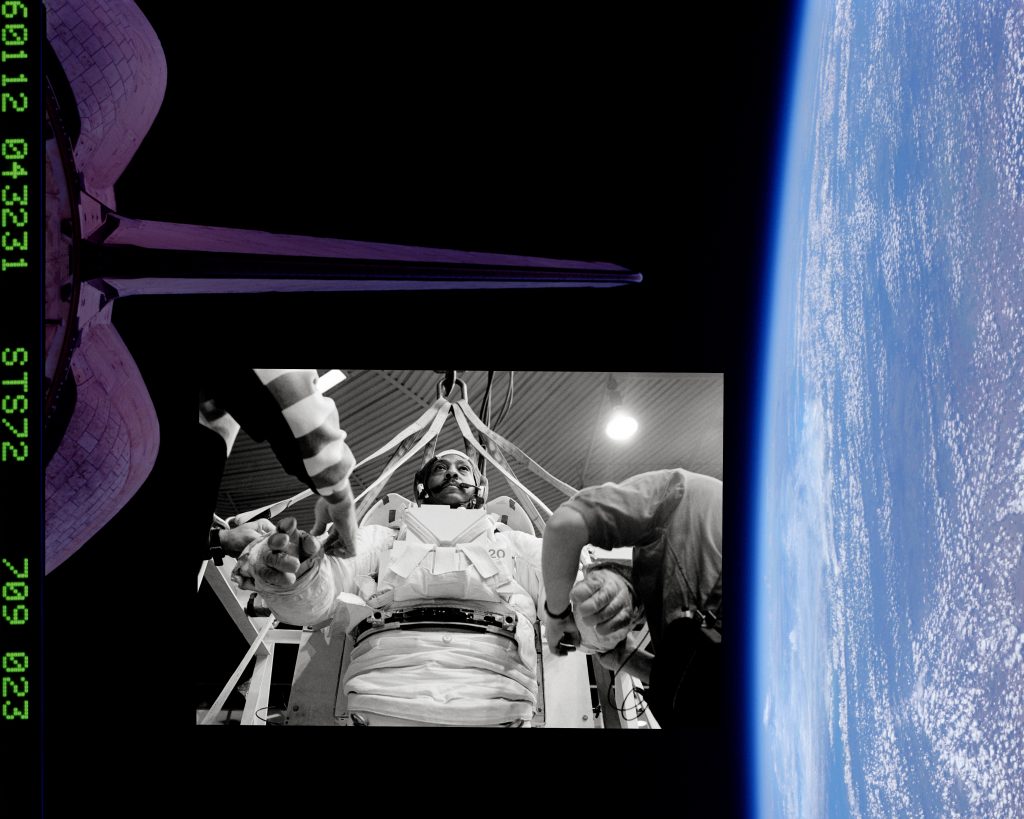 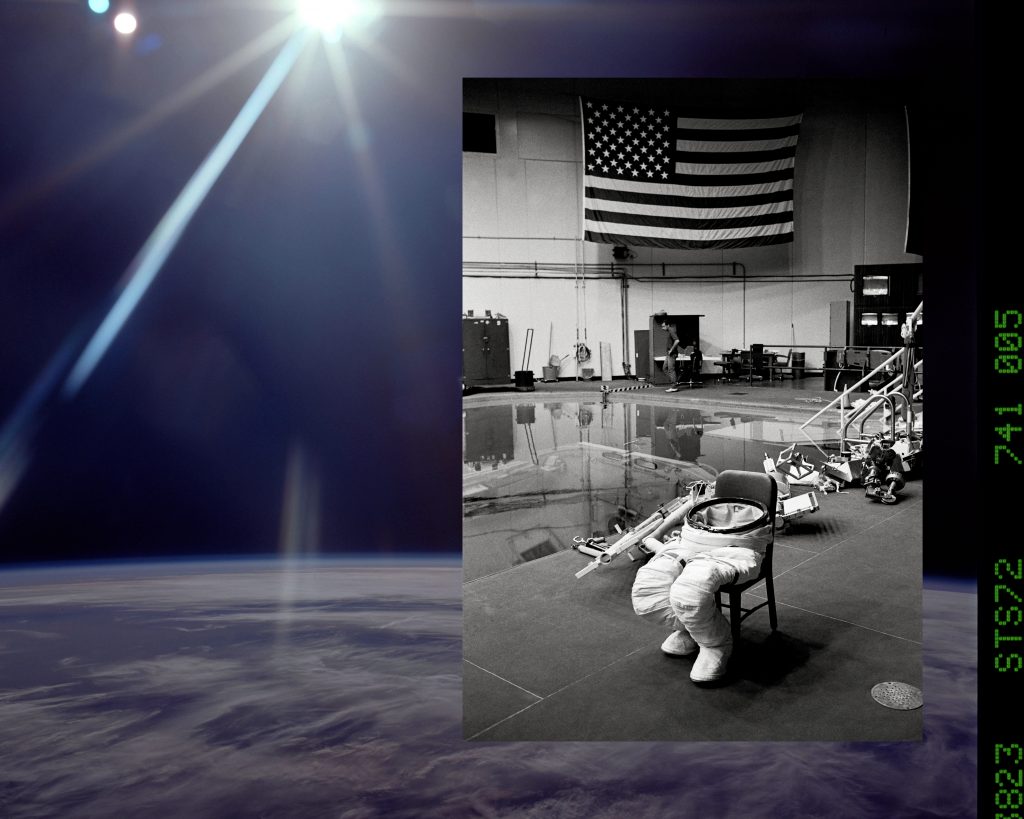 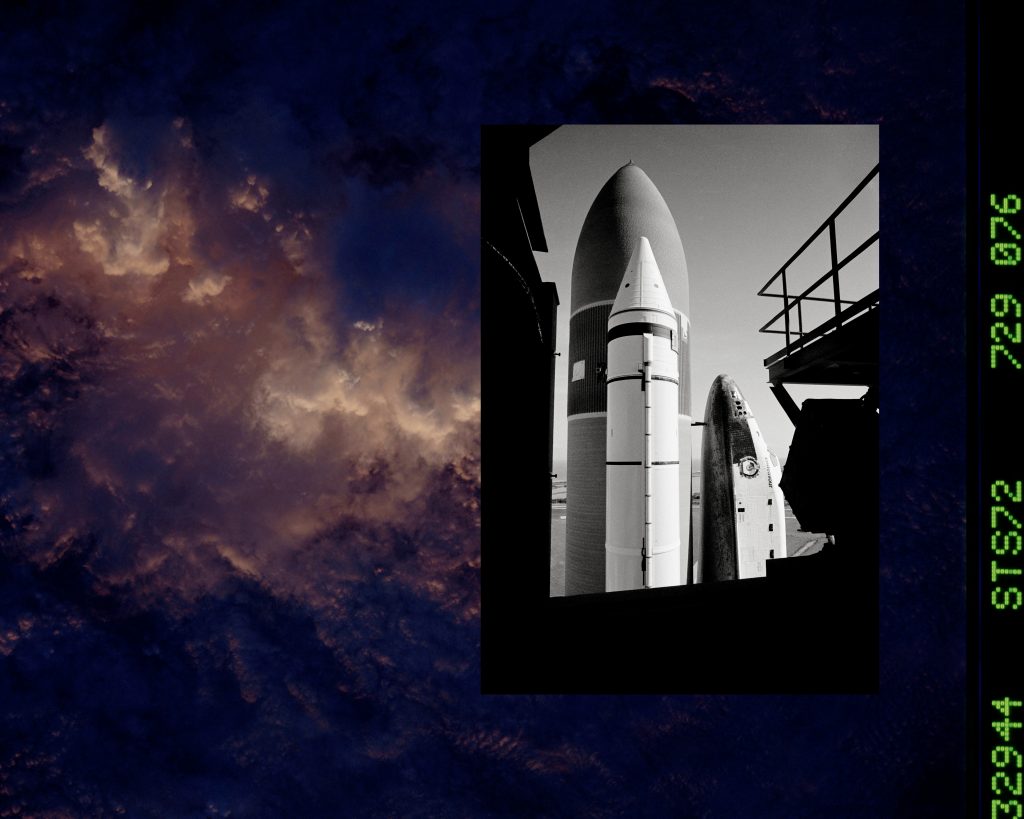 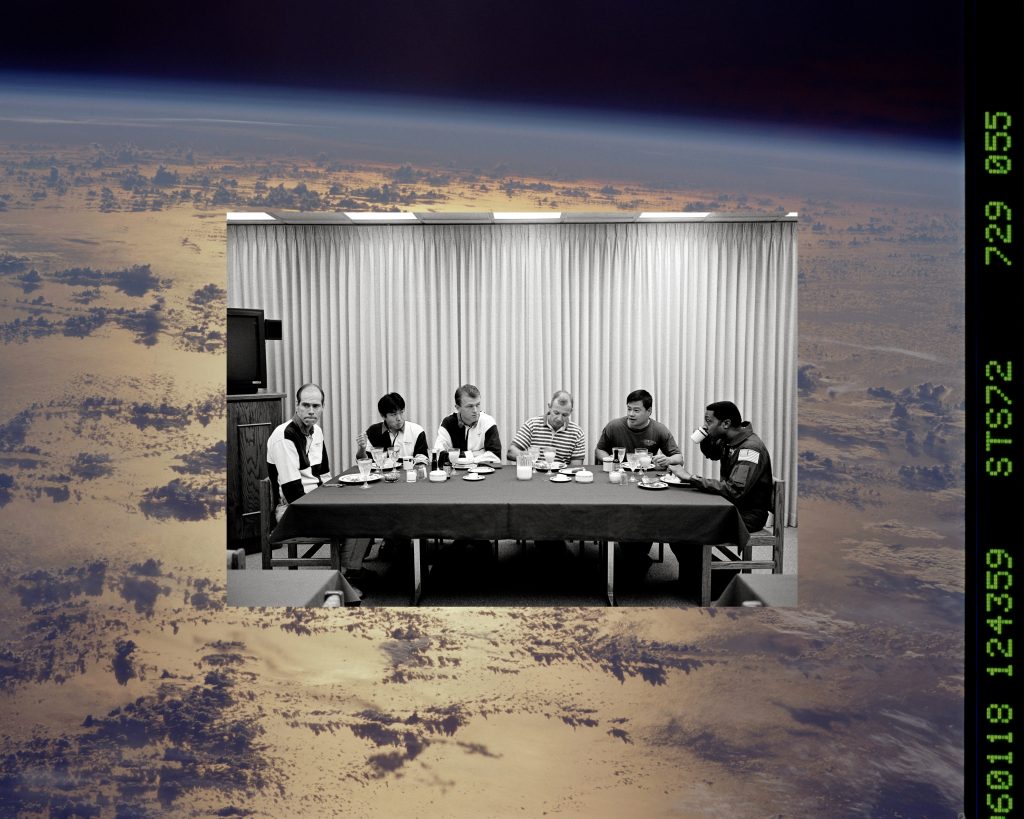 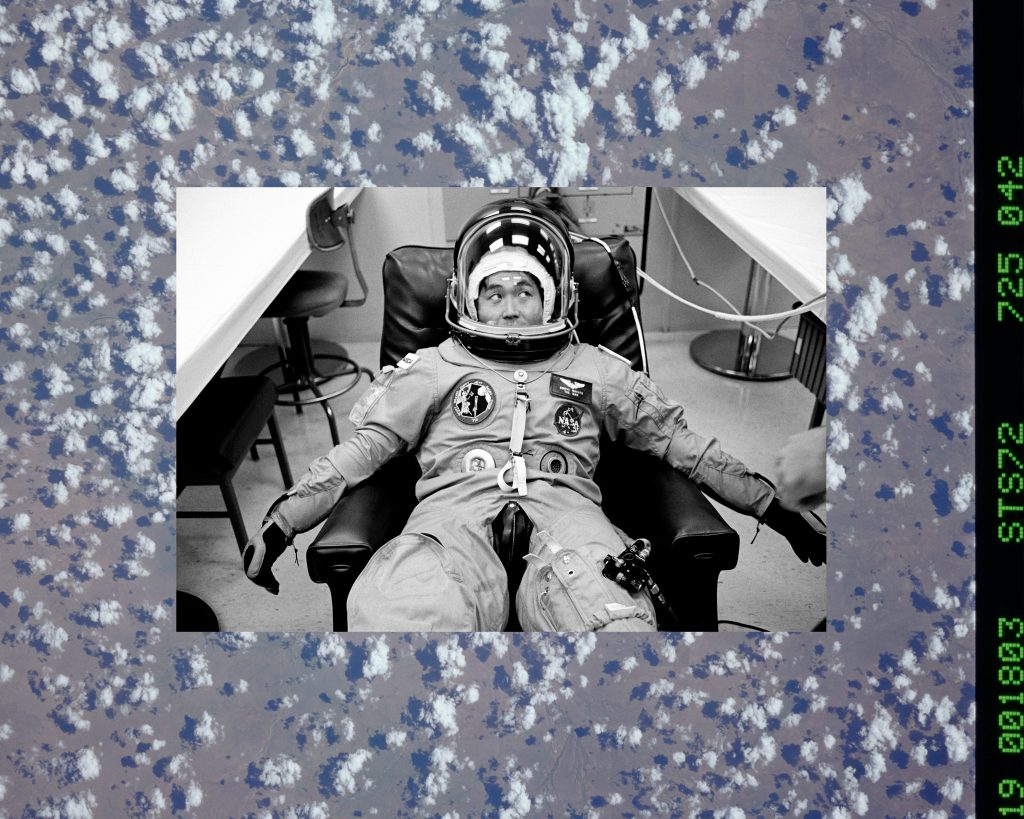 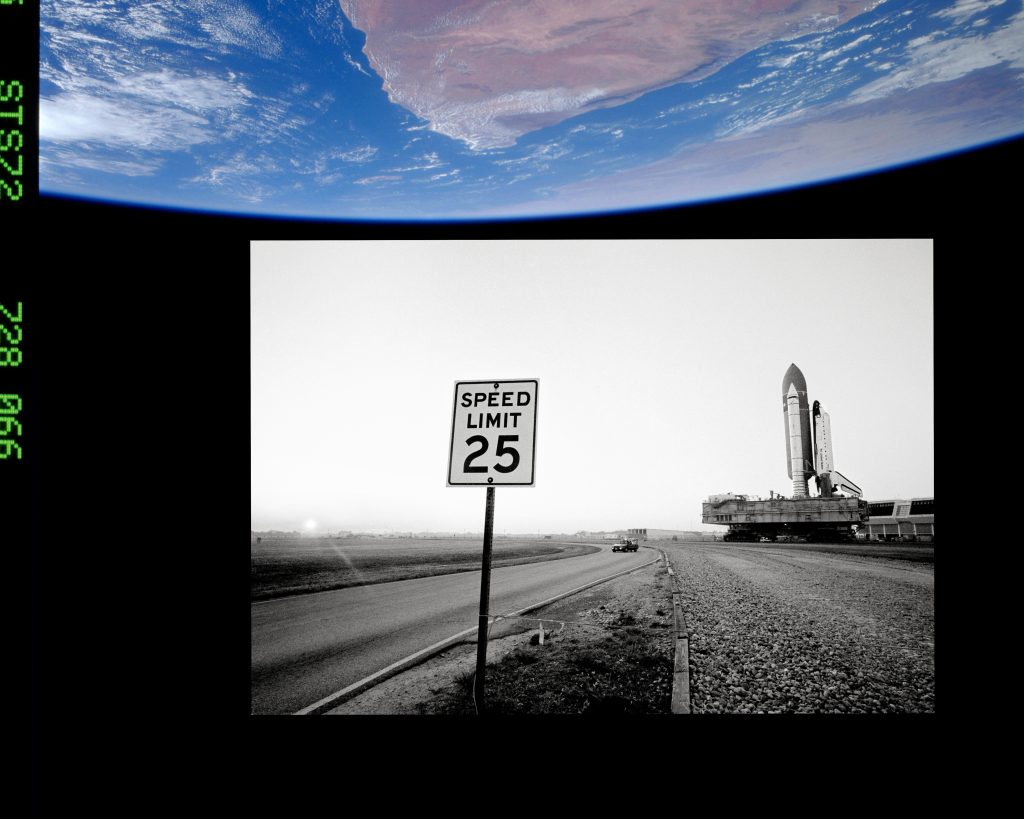 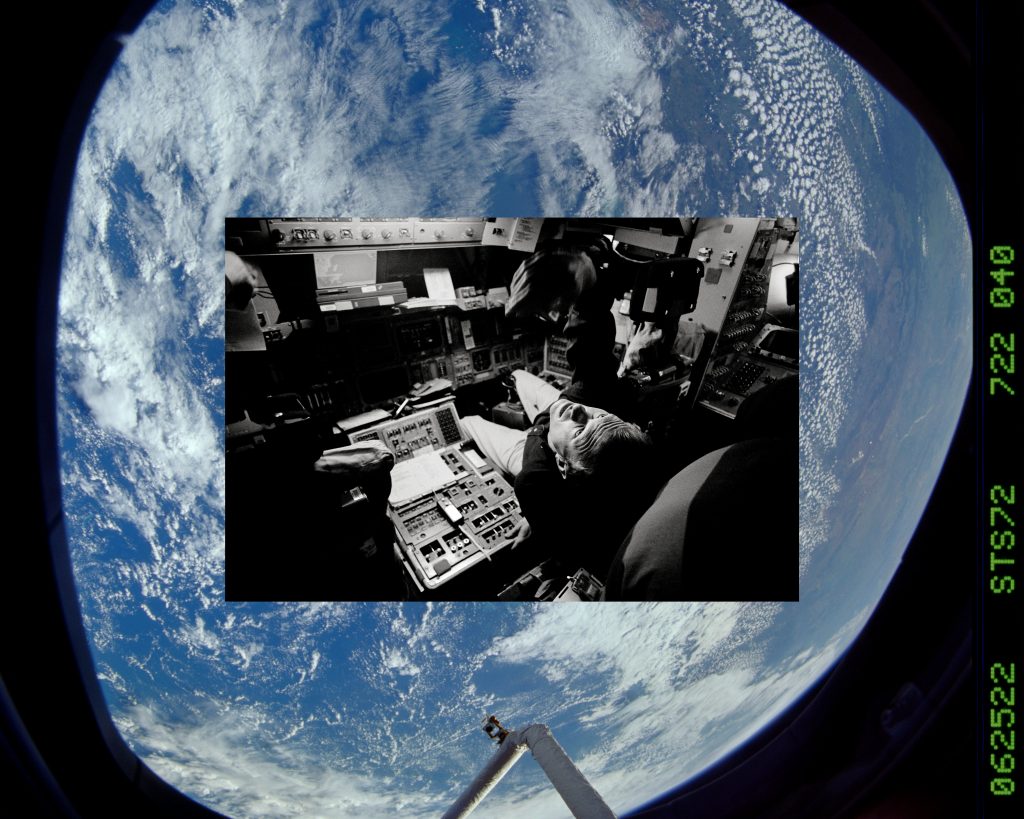 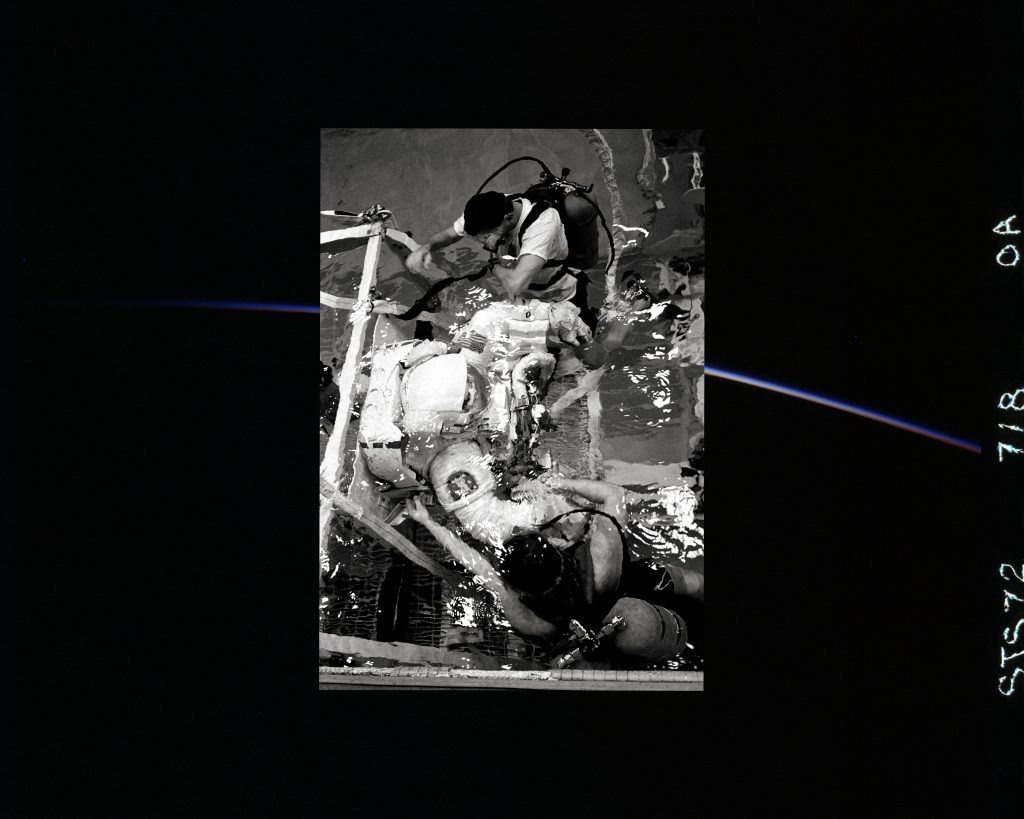 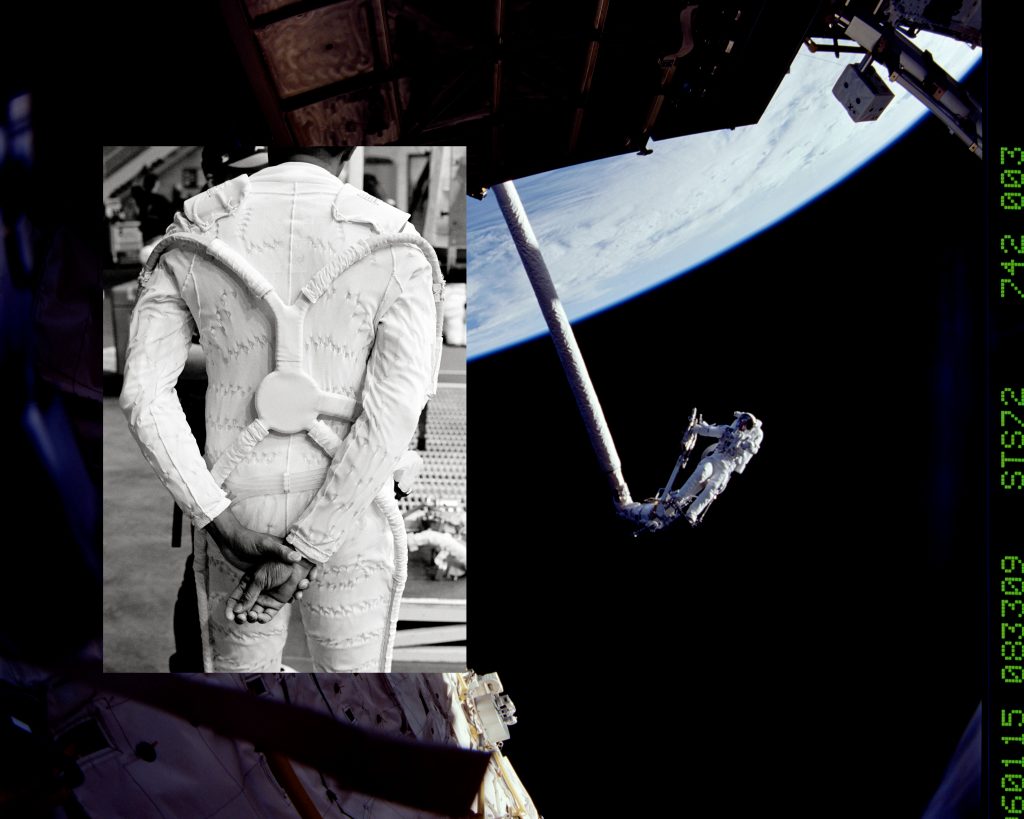 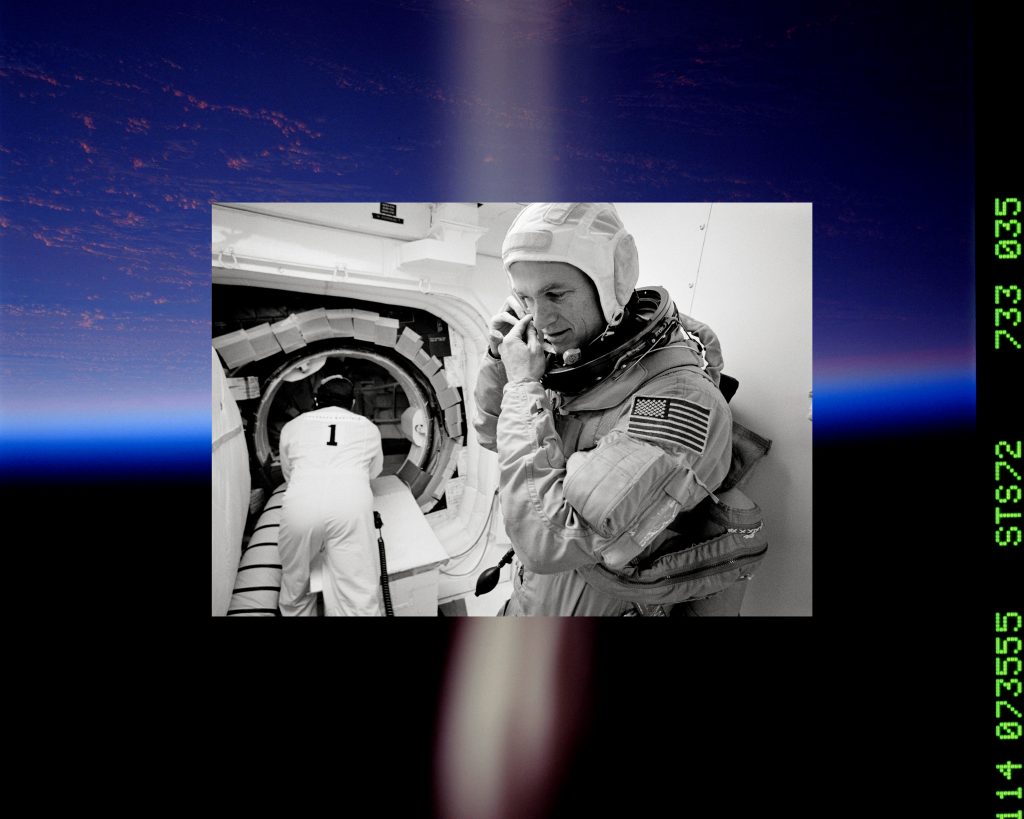 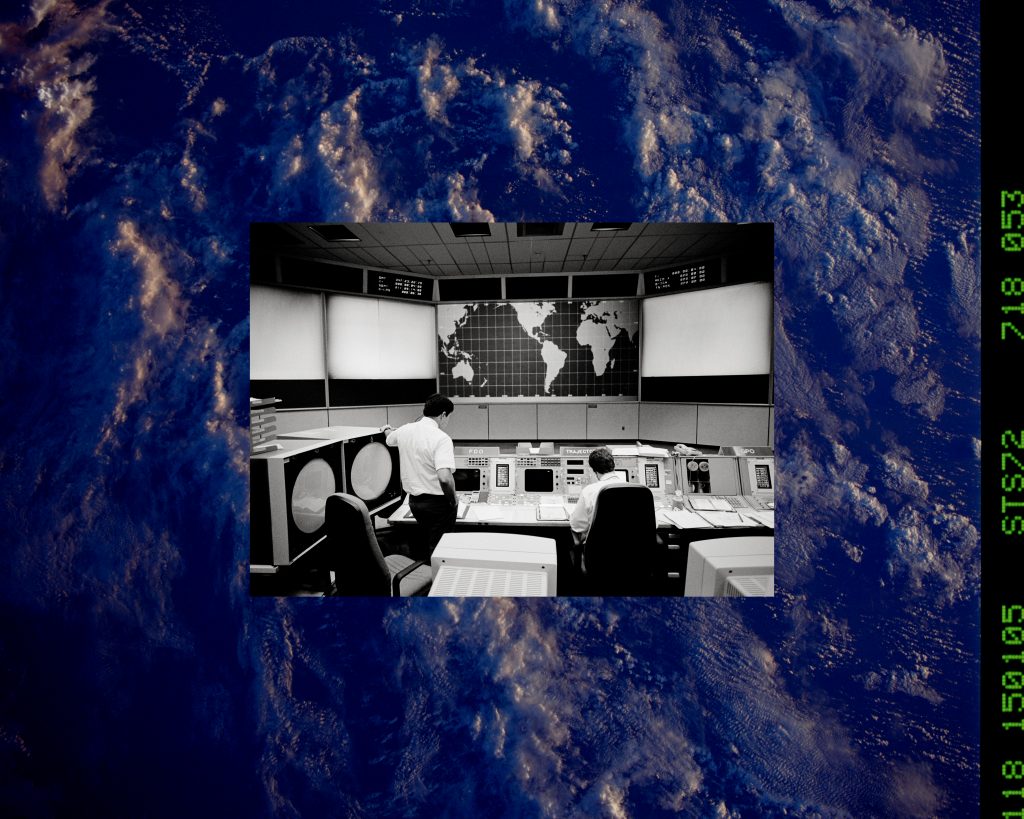 Photographer John Angerson was granted unprecedented access to the Kennedy Space Center, Florida and the Johnson Space Center, Houston, Texas, USA, to document the final months of a yearlong intensive training program preparing for the NASA (STS-72) in January 1996. After revisiting the original negatives during lockdown without the pressures of the original deadline, he discovered photographs that had been previously overlooked.

Bringing them together with hundreds of images he uncovered at the US National Archives that were made in Earth’s orbit and captured by the original STS-72 crew, he created a new photobook. NASA STS-72 (Space Shuttle Publication) the book pays tribute to a remarkable group of astronauts at a crucial point for the Space Shuttle programme. Since the first manned space mission, some of the most important items that the astronauts have brought back from space have been their photographs, which have over the years permanently changed the way we think, feel and see our place in the universe. johnangerson.com

Date and venue to be confirmed

Justin Quinnell – Aristotle’s Hole: From Mo-tzu to the Selfie Stick 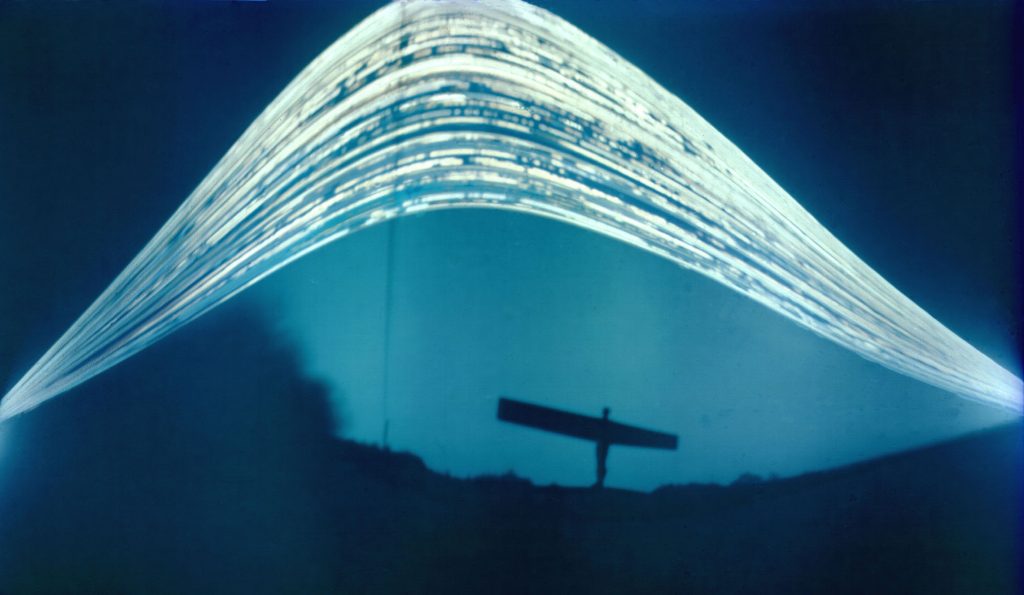 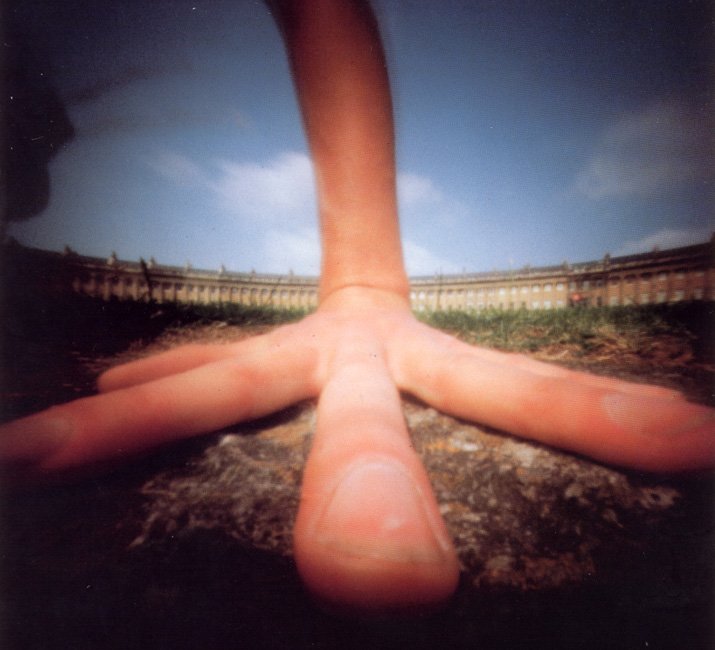 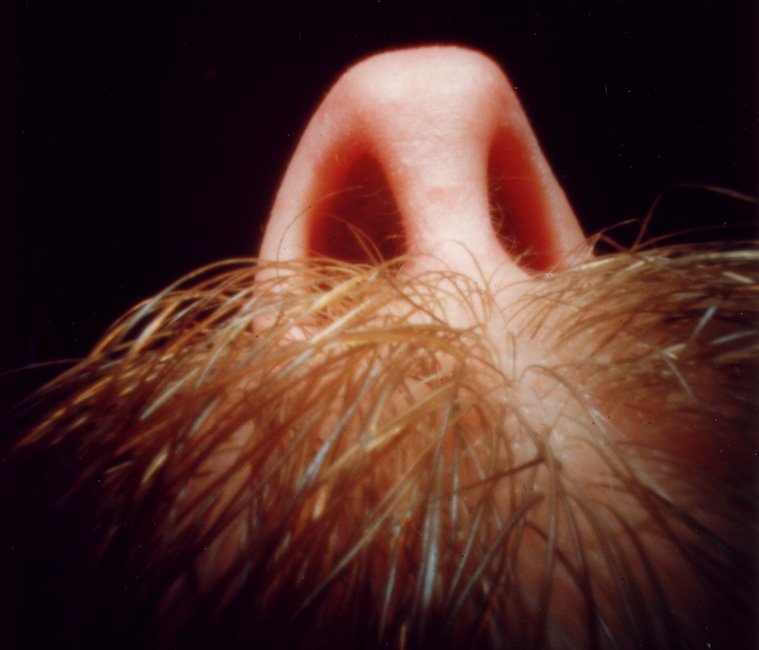 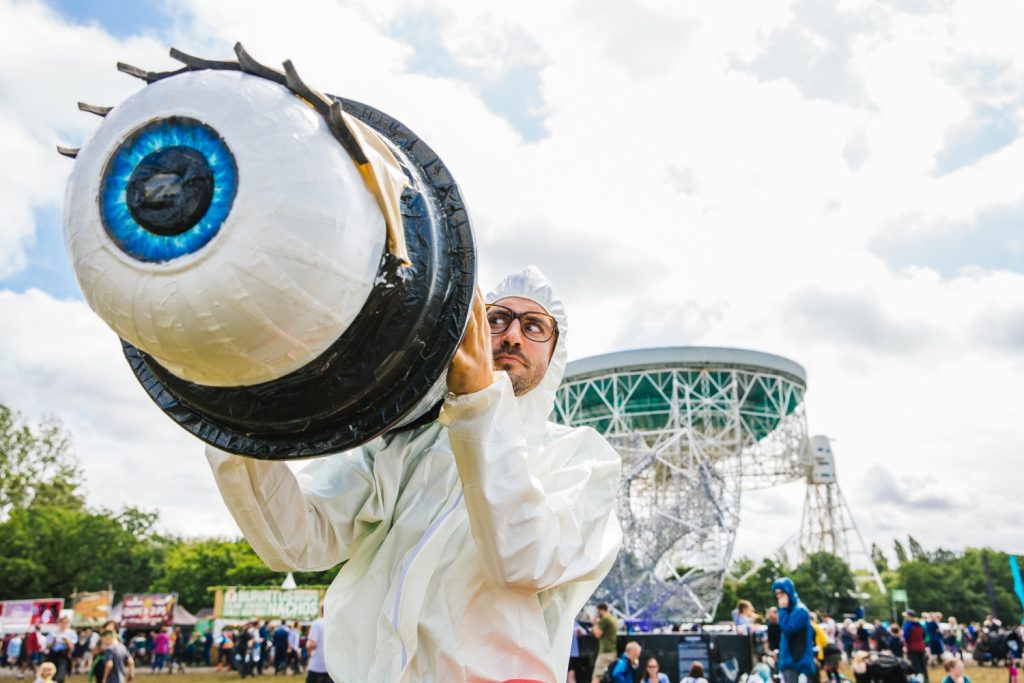 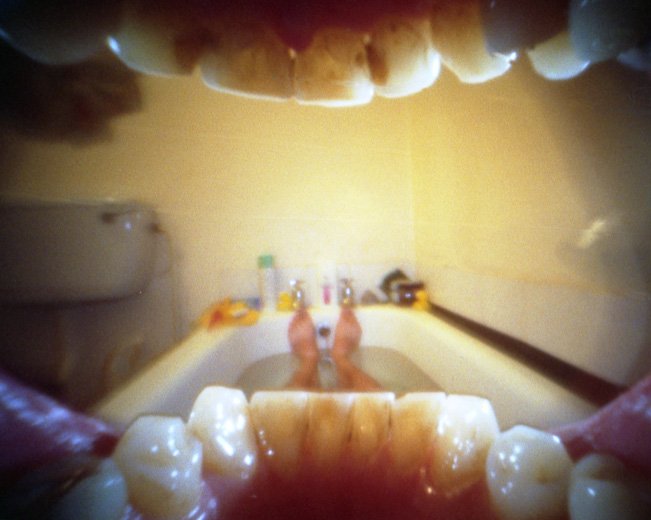 Over 2500 years ago the Philosopher Mo-tzu observed sunlight travelling through a small hole and deduced that light travelled in the same way as an arrow being fired, in a straight line. In just over an hour, ‘Aristotle’s Hole’ covers the Science, 500 million year history and the immense variety of contemporary approaches to pinhole photography.  Justin will then show his own work, which varies in duration from using fraction of a second to 6 months and using a variety of cameras from the Smileycam (which can fit in his mouth) to a wheelie bin (that doesn’t!).

The lively talk may feature several unnerving demonstrations on capturing images entitled ‘being a golf ball’ and a ‘power drill portrait’. The talk can be punctuated by several demonstrations on how to make various pinhole cameras, some of which are given to lucky members of the audience. Justin is a co-founder of the Real Photography Company, dedicated to reviving and refreshing traditional and alternative photography. pinholephotography.org

Date and venue to be confirmed. 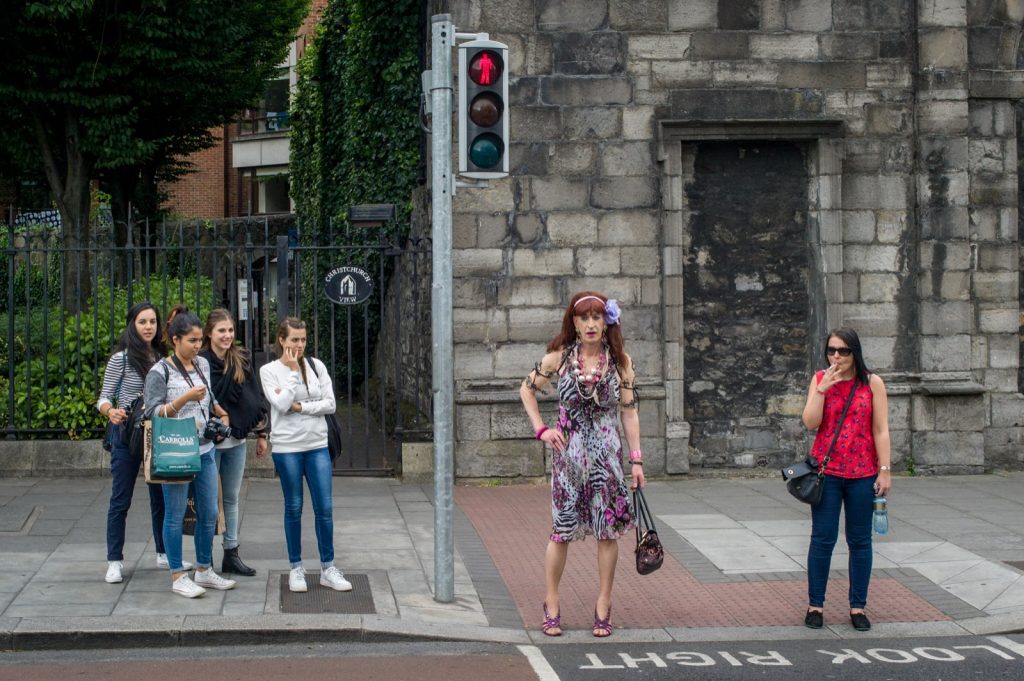 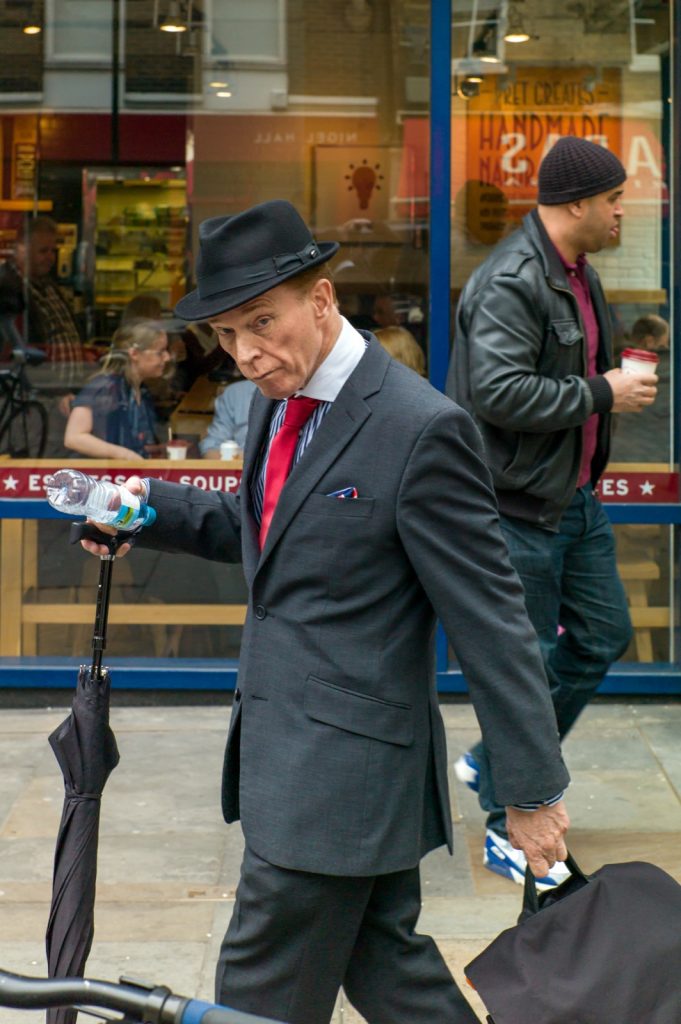 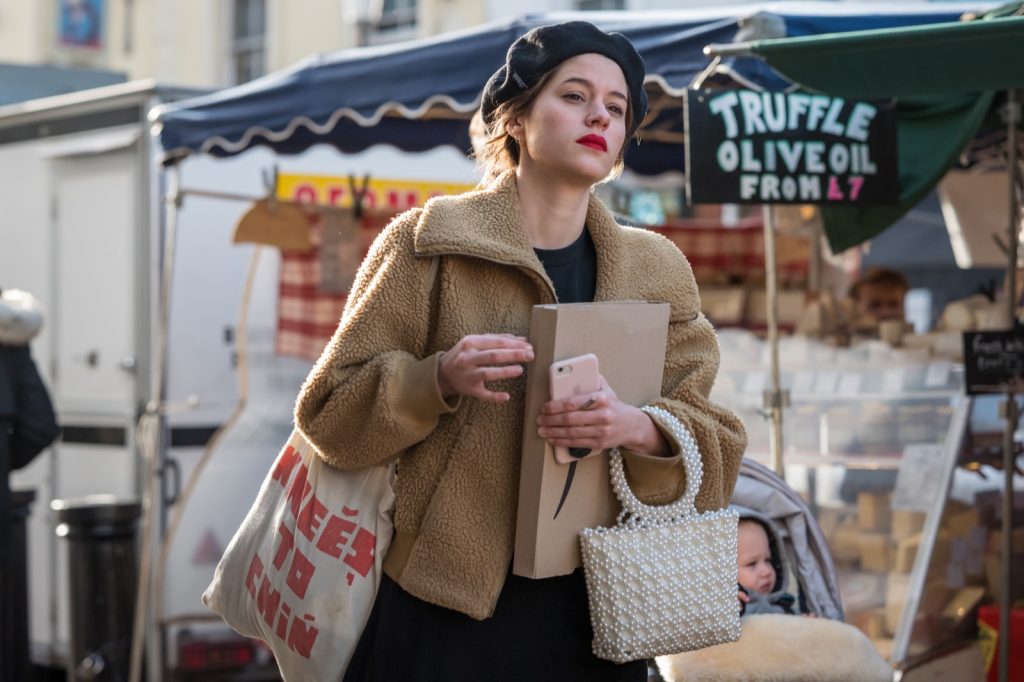 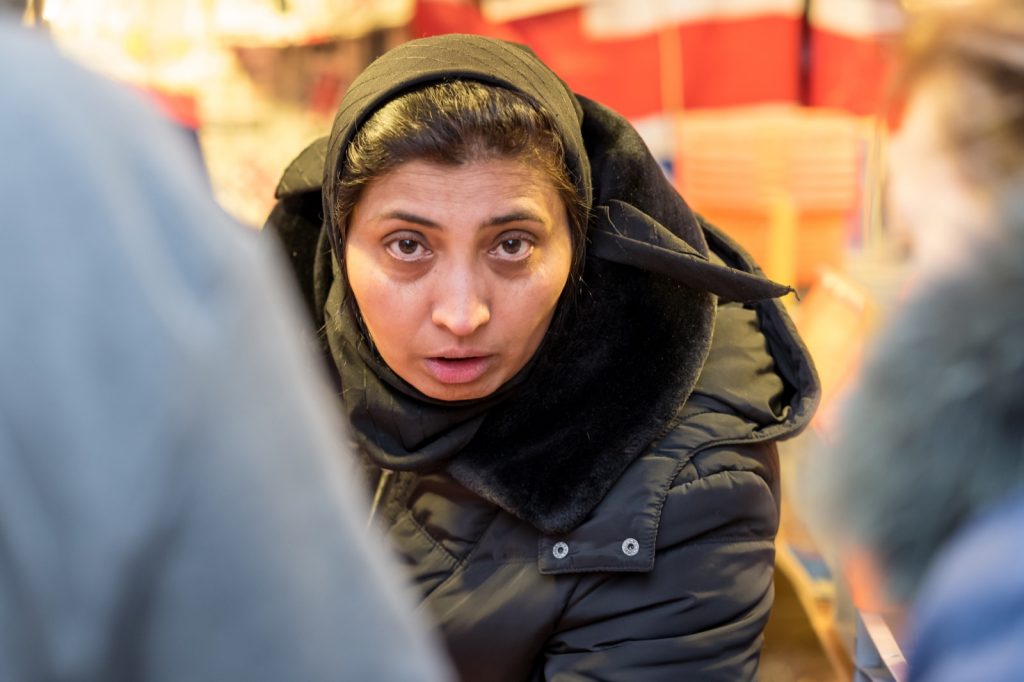 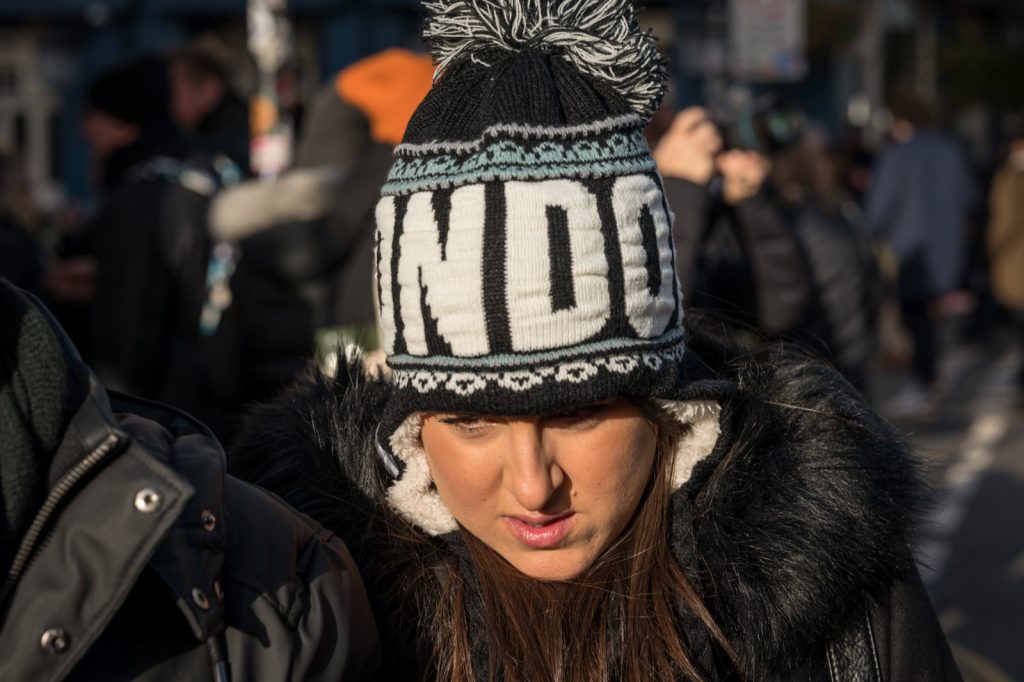 Just because you can legally take photographs of all kinds on the public streets, it doesn’t mean that you always should. When should you not take that photo? Street photography is an important genre toady – arguably one of the most popular as any scan of social media will show you. And ‘street’ has a glorious history. Mick will explore all sides of this fascinating subject, and hopes to challenge a few preconceptions. His talk will be interactive – with more photos than words – and he encourages debate.

Mick has been a street photographer pretty much his entire life – maybe before it was called that, in fact. As well as being a documentary photographer today, he’s also Visiting Professor at Leeds University, at the Interdisciplinary Ethics Applied centre. mickyatesphotography.com

Date and venue to be confirmed.

Other talks will be announced early 2022.

This website uses cookies to improve your experience while you navigate through the website. Out of these, the cookies that are categorized as necessary are stored on your browser as they are essential for the working of basic functionalities of the website. We also use third-party cookies that help us analyze and understand how you use this website. These cookies will be stored in your browser only with your consent. You also have the option to opt-out of these cookies. But opting out of some of these cookies may affect your browsing experience.
Necessary Always Enabled
Necessary cookies are absolutely essential for the website to function properly. These cookies ensure basic functionalities and security features of the website, anonymously.
Functional
Functional cookies help to perform certain functionalities like sharing the content of the website on social media platforms, collect feedbacks, and other third-party features.
Performance
Performance cookies are used to understand and analyze the key performance indexes of the website which helps in delivering a better user experience for the visitors.
Analytics
Analytical cookies are used to understand how visitors interact with the website. These cookies help provide information on metrics the number of visitors, bounce rate, traffic source, etc.
Advertisement
Advertisement cookies are used to provide visitors with relevant ads and marketing campaigns. These cookies track visitors across websites and collect information to provide customized ads.
Others
Other uncategorized cookies are those that are being analyzed and have not been classified into a category as yet.
SAVE & ACCEPT